You can find Jinja all around Japan when you travel any part of Japan. We are said that we do not have special religions like Christianity in European countries and Islam in the middle-east countries. However, we have seen the universe as gods, what we call “Yaorozu no kami.” Especially natural objects such as significant trees and rocks are considered to be the symbol of gods. Therefore, we have built many shrines at such places.  That is the reason why, there are a lot of bigger or smaller Jinja all around Japan. 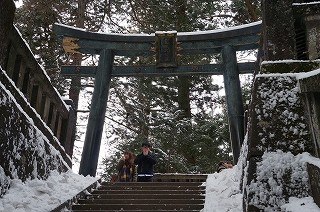 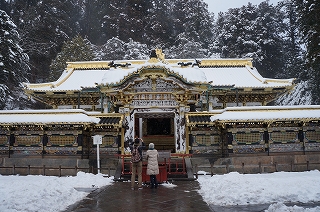 Each Jinja is dedicated to some specific gods. We go worship Jinja depending on what kind of gods are dedicated. For example, if you want to pray for academic things like passing examinations, Tenmangu shrine is suitable for it because it is dedicated to the god of academy. Even if you do not have specific praying, it is also acceptable. Actually, many of us do not have specific praying when we go to Jinja for worship. We go to Jinja just to feel relax and some kinds of spirituality that has lasted for more than 1300 years.

When you get to Jinja, you have to purify yourself by water, what is called “Temizu.” Water in front of the main shrine in each Jinja is available for everybody to wash his or her hands and mouth before worship.

Worshipping at the main shrine, you are expected to bow twice, clap your hands twice, and then put your hands together praying and bow again before leaving.

This flow is not a strict rule, but just general information for the praying manner. You do not have to be nervous. The important thing is your heart and behavior with respect and love.